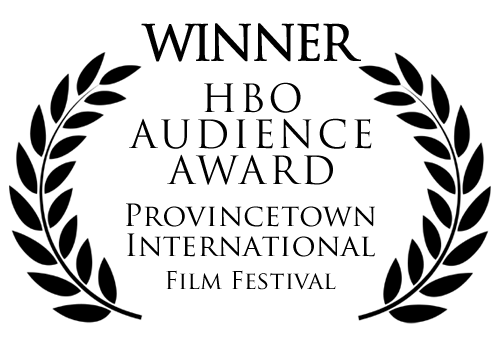 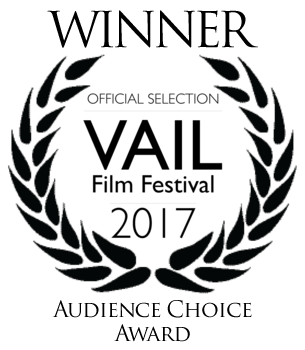 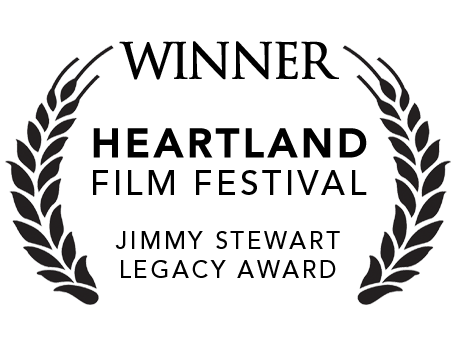 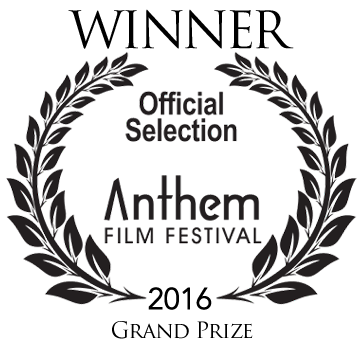 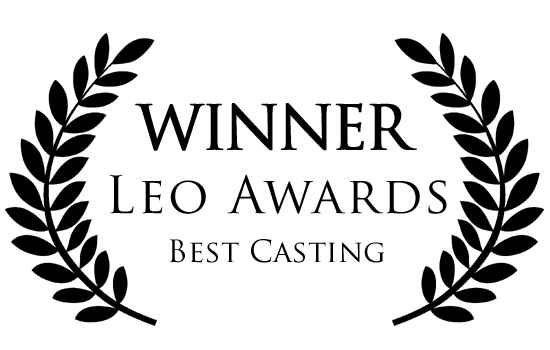 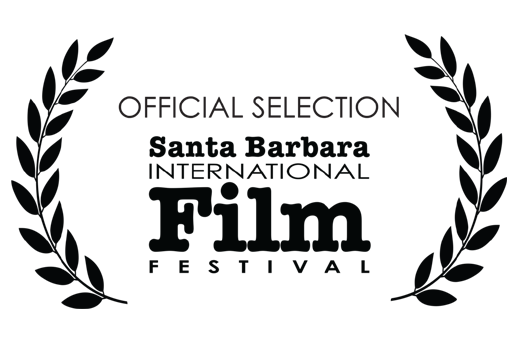 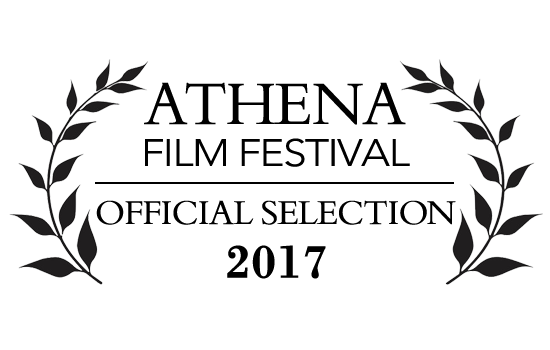 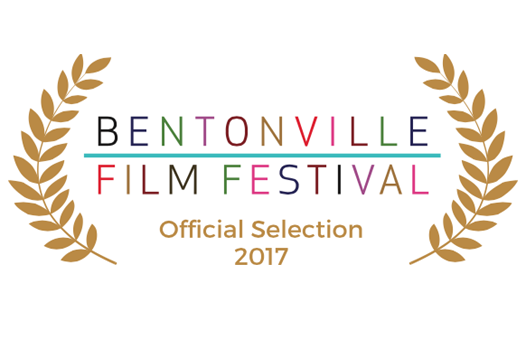 Based on a true story, a small-town EMT named Susette Kelo (Catherine Keener) leaves a bad marriage, and starts over in a new town. She buys a rundown cottage in New London, Connecticut, refurbishes it with her bare hands, paints it pink, meets a great guy (Callum Keith Rennie), and exhales.

Then she discovers powerful politicians are bent on bulldozing her blue-collar neighborhood to make way for condos and office buildings designed to benefit the new corporate headquarters of pharmaceutical giant, Pfizer. (Execs are eager to expand their facilities because they have high hopes for a soon-to-be-released drug called Viagra).

The redevelopment effort is spearheaded by Dr. Charlotte Wells (Jeanne Tripplehorn)—ambitious and accomplished, she’s the closest thing the gritty town has to a celebrity.

With the help of a young lawyer named Scott Bullock (Giacomo Baessato), Susette emerges as the reluctant leader of her neighbors in an epic battle that goes all the way to the U.S. Supreme Court, inspires a nation, and helps millions of Americans protect their homes.

Should it be legal to force people out of their homes to benefit a private company?

Government officials have long used eminent domain to build hospitals, schools, roads, and other facilities that the public may use. But what happened to Susette Kelo and her Fort Trumbull neighborhood was different.

Officials wanted to seize their land and transfer it to a private developer who would build facilities designed to benefit Pfizer’s soon-to-be-built corporate headquarters. Backers of the redevelopment plan promised it would bring tax revenue and other economic benefits to New London’s struggling economy.

But Susette and her neighbors loved their homes. Many had raised their children in those homes and wanted to die in them. For Susette, her little pink house and its river view gave her something she had been seeking her whole life—peace. The last thing the Fort Trumbull neighbors wanted was a fight, but fight they did. All the way to the U.S. Supreme Court.

In 2005, the Supreme Court shocked Americans with a ruling that gave government officials the power to bulldoze a blue-collar neighborhood for the benefit of a multibillion-dollar corporation. In her dissent, Justice Sandra Day O’Connor declared, “Nothing is to prevent the State from replacing any Motel 6 with a Ritz-Carlton, any home with a shopping mall, or any farm with a factory.”

More than a decade later, the land where Susette and her neighbors once lived remains a barren lot. The story is a common one.

Eminent domain abuse typically strikes poor and minority communities, and there is often a giant gap between the promises made by redevelopment supporters and the promises such plans actually deliver.

But the struggle Susette and her neighbors endured was not in vain. Their courage inspired Americans across the nation to push for reforms that have protected millions from sharing their fate.

But millions more remain vulnerable, and now is the time to finish the job. Join our impact campaign—Take action to protect homes, fight legalized bullying, and end eminent domain for private gain.

The film has been lauded by the likes of The Hollywood Reporter (“The bottom line—it hits a nerve”) and Deadline Hollywood (“Keener nails the combination of anger, grace, and attitude that made Kelo a nationally known crusader”). It has won a variety of awards including the HBO Audience Award at the Provincetown International Film Festival and the Vail Film Festival Audience Award. Courtney’s script was selected as a finalist for the Athena List, which recognizes the best screenplays with strong female protagonists.

Courtney’s feature film production credits include The Collector (Josh Stewart), American Pie Presents the Naked Mile (Eugene Levy), and Pulse (Kristen Bell, Ian Somerhalder). She produced Can We Take a Joke?, a Korchula Productions documentary about the clash between comedy and outrage culture. The film has been lauded by The Hollywood Reporter, The Los Angeles Times, and comedy icon Seth MacFarlane, among others.

Courtney began her film career at Neo Art & Logic, a feature film production company whose credits include The Prophecy (Christopher Walken), He Was A Quiet Man (Christian Slater, William H. Macy), and Dracula 2000 (Gerard Butler, Nathan Fillion). While at Neo, Courtney developed new screenplays and went on to serve as Vice President of Development.

“The play has dramatic crackle,” writes Bruce Weber of The New York Times. Other reviewers call it “as funny as it is vicious” (The New York Daily News), and “a wonderful experience energized by powerful performances and taut direction” (The New York Post).

Courtney holds a bachelor’s degree in psychology from the University of Colorado at Denver and a master’s degree in theatre directing from the Royal Academy of Dramatic Art and King’s College London.

Ted directed and produced the award-winning documentary Can We Take a Joke?, which examines the clash between comedy and outage culture and features comedians such as Gilbert Gottfried, Penn Jillette, Lisa Lampanelli, and Jim Norton.

It has been lauded by The Hollywood Reporter, The Los Angeles Times, comedy icon Seth MacFarlane (“Excellent … Very necessary”), and by viewers who give it an average rating of four or more stars on Amazon, Google Play, iTunes, Hoopla, and Rotten Tomatoes.

The film has screened on nearly 300 college campuses, and has been the centerpiece of many special events including at the Comedy Cellar (New York), the National Constitution Center (Philadelphia), the Boston Comedy Festival, Stanford Constitutional Law Center, and the Newseum (Washington, D.C.).

Ted is a founding producer of ReasonTV, which received the Templeton Foundation’s “Innovative Media Award” during his tenure, and is co-creator of The Drew Carey Project, a series of documentary shorts hosted by Drew Carey. He is an executive producer on the feature documentary Honor Flight, which broke the Guinness World Record for largest film screening when it attracted an audience of more than 28,000 at its 2012 premiere.

After attending New York’s Pratt Institute (fine art/animation), The University of Southern California (film studies) and The American Film Institute (cinematography), Joel found initial work in Hollywood as a screenwriter and storyboard artist. His early success in the horror genre led to frequent writing assignments on studio features and trailers.

With the formation of his company Neo, Art & Logic, Joel launched and oversaw production on a number of long-running movie franchises, including American Yakuza starring Viggo Mortensen, Virginia Madsen, and Russell Crowe, The Prophecy starring Christopher Walken, and Dracula 2000 starring Gerard Butler. Neo’s hit feature documentary Trekkies garnered rave reviews and one of the highest advances in documentary history while spawning its own popular sequel.

In 2005, Joel was one of several filmmakers profiled in the Bravo reality series Project Greenlight, which was hosted by Ben Affleck and Matt Damon and documented the making of the horror-comedy Feast from screenplay to theatrical release.

In 2001, Shawn started Brightlight Pictures and has since been developing, financing, and producing feature films and television series. He has filmed in a variety of international locations, including: Singapore, Croatia, Romania, France, England, Northern Ireland, South Africa, and Australia. Fifty Dead Men Walking (Ben Kingsley, Jim Sturgess) was produced as a Canada/UK co-production, filmed in Belfast, and opened with a Gala Premier spot at the Toronto International Film Festival.

In her role as Director of Production and Development at Brightlight Pictures, Arielle has worked with independent and major studios such as Fox, Disney, Sony, and Voltage.

Soojin Chung graduated from the American Film Institute, MFA in Editing and previously worked as a production editor for feature films in South Korea including Park Chan-wook’s Lady Vengeance. Many of the films Soojin has edited have gone to win many honors the D.G.A. Student Award, LA Shorts the Best of Fest, Academy Award Qualification Status, and Venice Film Festival Official Selection.

Soojin was awarded the American Cinema Editors (ACE) Eddie Award for Student Editing in 2008 and was nominated for Best Editor at Show Off Your Shorts Film Festival in 2009.

Soojin has produced numerous films such as Escape from Tomorrow, which premiered at the Sundance Film Festival in 2013. As a producer, Chung also participated in the IFP Trans Atlantic Partners Program, Film Independent Project Involve, Berlinale Talents (Tokyo Campus) and the CAAM (Center for Asian American Media) Fellowship. In 2013, Chung was named one of the Best New American Filmmakers by the Vilcek Foundation.

Melanie recently served as an Executive Vice President at Samuel Goldwyn Films>, where she was responsible for the distribution, marketing and PR strategy for all Samuel Goldwyn films.

Previously, Melanie served as Vice President of Marketing & Acquisitions for Gravitas Ventures, a Video-on-Demand (VOD) distributor that has access to more than 100 million North American homes and more than 1 billion homes worldwide. While there, Melanie headed a team that distributed approximately 400 independent films per year through partnerships with cable, satellite, and online outlets.

In 2009 she launched the production company Fishbowl Films with Diane Becker. Their films include William Dickerson's Detour, which released theatrically in 2013, and Shaz Bennett's directorial debut Alaska is a Drag, which recently received its world premiere at Frameline. Their latest collaboration is Laura Nix's documentary Inventing Tomorrow, which premiered at the Sundance Film Festival.

Alex's credits as cinematographer range from political documentaries to indie dramas to horror comedies involving 3D man-eating fish. He has shot films which have been theatrically distributed by The Weinstein Co, Disney, and Roadside Pictures.

Alex has also shot multiple seasons of NBC's Last Comic Standing and FX's The League. Alex recently shot two films on which he also served as director: Blue Jay and the documentary Asperger's Are Us.

Questions, comments or ideas? Let Us Hear From You!